Action to Heal the (Titanic)Nuclear Madness 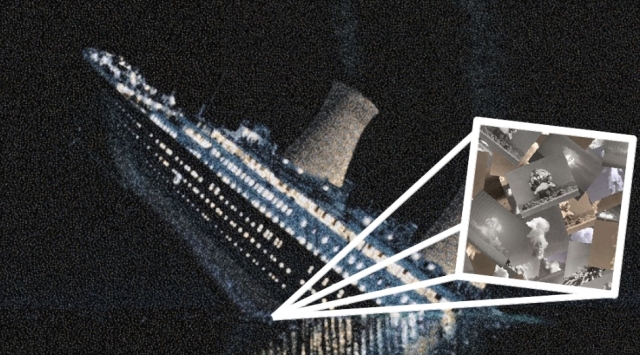 Art piece by brother Chris Jordan –watch the TED talk about his ARTivism. ‘Unsinkable’ depicts 67,000 mushroom clouds, equal to the number of metric tons of ultra-radioactive uranium/plutonium waste being stored in temporary pools at the 104 nuclear power plants across the [part of the Planet we call the]U.S. These waste pools must be cooled with hundreds of thousands of gallons of constantly circulating water, and many plants have inadequate or nonexistent backup cooling systems in case of power loss. In the [part of the Planet we call the] U.S. and around the world, the waste pools are under-protected, over-filled, and vulnerable to earthquakes, storms, malfeasance, and human error. In 1997 the Brookhaven National Laboratory estimated that a calamity at just one of these waste pools in the [part of the Planet we call the]U.S. could cause 138,000 American deaths (more than the number of Japanese who died in the 1945 bombing of Hiroshima), and contaminate 2,000 square miles of our land.

Currently, the waste pool in Reactor Unit 4 at Fukushima-Daiichi plant [in the part of the Earth we call Japan] is at risk for collapse. The building is unstable, and the cracked and leaking pool contains 262 tons of ultra-radioactive uranium/plutonium waste. For months, Fukushima has been experiencing numerous earthquakes from magnitude 4.1 to 6.2, sometimes several per day. If a magnitude 7 earthquake were to occur, causing the Unit 4 waste pool to rupture and drain, the resulting meltdown and fires could release ten times more airborne radioactive material than was released by the Chernobyl disaster. At that point humans could no longer enter or operate the facility, potentially leading to a chain reaction of meltdown events at Fukushima’s five other units, releasing 85 times as much radiation as the Chernobyl disaster.

The [part of the Planet we call the]United States lies downwind of Fukushima, only a few days across the Pacific via the jet stream. The jet stream would carry radioactive material into the interior of the [part of the Planet we call the] United States, eventually circling the globe and reaching the entire northern hemisphere within weeks or months. The amount of radiation released “would destroy the world environment and our civilization,” according to Robert Alvarez, former Senior Policy Adviser for National Security and the Environment at the U.S. Department of Energy.

Let’s Not Just Rearrange the Deck Chairs on the Titanic(Nuclear Madness): 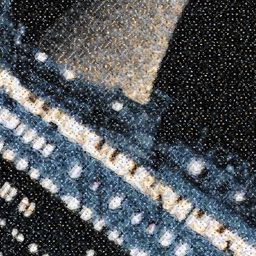 Whatever you choose to do, let it be part of a learning process. We have used a framework developed by sister Joanna Macy to present the many different and necessary actions that can address the current world nuclear crisis.

The Great Turning is the essential adventure of our time: the shift from the industrial growth society to a life-sustaining civilization. There are three dimensions of the Great Turning:

1. Holding actions to slow the damage to Earth and her beings
2. Understanding structural causes and creating structural alternatives
3. Shifting consciousness

These dimensions are mutually reinforcing. Don’t try to do everything. Let your heart guide you to what will work for you—find one place to start and friends to join you, then the rest emerges as you go.

1. Holding actions to slow the damage to Earth and her beings

Perhaps the most visible dimension of the Great Turning, these activities include all the political, legislative, and legal work required to reduce the destruction, as well as direct actions–blockades, boycotts, nonviolent civil disobedience –also known as moral civil obedience–, and other forms of refusal. What would you do if, for example, you were willing to go to jail? A few examples:

Work of this kind is essential; it buys time; it saves some lives, and some ecosystems, species, and cultures, as well as some of the gene pool, for the sustainable society to come. But, by itself, it is insufficient to bring that society about.

The second dimension of the Great Turning is equally crucial. To free ourselves and our planet from the damage being inflicted by the Industrial Growth Society, we must understand its dynamics. What are the tacit agreements that create obscene wealth for a few, while progressively impoverishing the rest of humanity? What interlocking causes indenture us to an insatiable economy that uses our Earth as supply house and sewer? It is not a pretty picture, and it takes courage and confidence in our own common sense to look with open eyes; but we are demystifying the workings of the global economy. When we see how this system operates, we are less tempted to demonize the politicians and corporate CEOs who are in bondage to it. And for all the apparent might of the Industrial Growth Society, we can also see its fragility–how dependent it is on our obedience, and how doomed it is to devour itself.

In addition to learning how the present system works, we are also creating structural alternatives. In countless localities, like green shoots pushing up through the rubble, new social and economic arrangements are sprouting. Not waiting for our national or state politicos to catch up with us, we are banding together, taking action in our own communities. Flowing from our creativity and collaboration on behalf of life, these actions may look marginal, but they hold the seeds for the future.
Some of the initiatives in this dimension: 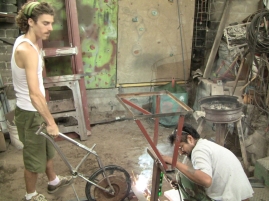 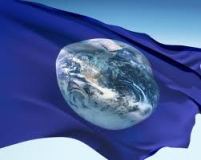 “I refuse to accept the cynical notion that nation after nation must spiral down a militaristic stairway into the hell of thermonuclear destruction. I believe that unarmed truth and unconditional love will have the final word in reality. This is why right temporarily defeated is stronger than evil triumphant. I believe that even amid today’s mortar bursts and whining bullets, there is still hope for a brighter tomorrow.” –Dr. Martin Luther King Jr. Nobel Prize Acceptance Speech.

These structural alternatives cannot take root and survive without deeply ingrained values to sustain them. They must mirror what we want and how we relate to Earth and each other. They require, in other words, a profound shift in our perception of reality–and that shift is happening now, both as cognitive revolution and spiritual awakening.

The insights and experiences that enable us to make this shift are accelerating, and they take many forms. They arise as grief for our world, giving the lie to old paradigm notions of rugged individualism, the essential separateness of the self. They arise as glad response to breakthroughs in scientific thought, as reductionism and materialism give way to evidence of a living universe. And they arise in the resurgence of wisdom traditions, reminding us again that our world is a sacred whole, worthy of adoration and service. The many forms and ingredients of this dimension include:

May we realize that we are the Earth herself.

May we all be moved by Great Love.

2 Responses to Action to Heal the (Titanic)Nuclear Madness