The Desert, The Resilience of Life and Our Collective Dignity 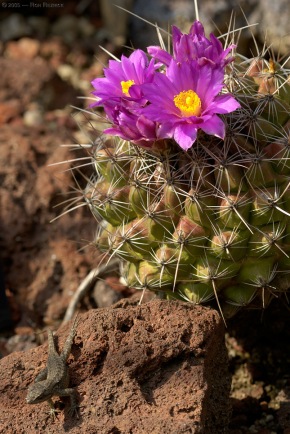 If life exists only in relationship with other life–community–and the organizing principle of life is partnership, what is being born in the middle of human crises? That’s what brought me to Arizona during the SB1070 collapse last May. I found that in the midst of racism and violence we can still connect to such inspiring and beautiful people. If you pay attention, you can see them all over the Planet, doing their job one small step at a time, reducing our violence footprint–not only on the environment but also on our hearts and minds–and fostering our collective dignity.

What about growing healthy organic local food in the desert?

I strongly believe that healthy and local food is the foundation of social justice. Not only that, I believe that the chain of healthy food is Gandhi’s spinning wheel (charkha) of the 21st century. Let me explain. The spinning wheel was the physical embodiment and symbol of Gandhi’s constructive program. According to him, it was “the center of the solar system of the independence movement of India.” The spinning wheel represented localism and self-sufficiency, but at the same time interdependence, as the wheel only had meaning in the center of a vast network of cotton growers, carders, weavers, distributors, and users. It also meant the dignity of labor, equality and unity–as all of Gandhi’s volunteers were pretty much required to spin each day–and finally independence, as British control of India was rooted in regaining control of her indigenous industries. The power of the homespun cloth for India’s independence was that every person (regardless of age, social class or gender) was involved somehow in the chain of cloth production, from sowing the seeds of cotton to wearing the hand-made cloth.  While everyone was encouraged to “spin the wheel” a few hours a day, being part of the production chain of the homespun cloth was the main component to feel united at a national level.

Today at a planetary level, we can all get involved in some way or another, a few hours a day, to “spin the wheel of healthy food”: seed banks, preparing the land to plant, starts and greenhouses, designing water catch systems, watering the crops, dry farming, weeding (or not), harvesting, cleaning the produce, farmer’s market, preparing the food, eating, mulching and composting. If this can be done in the desert–as shown by the inspiring example of Cory and Shanti’s 15-year-old Whipstone Farm–it can be done anywhere.

I was very inspired to learn that the wisdom of the Hopi and Yavapai people was used to create an urban farm: The Prescott Food Revolution–now in its fourth season. Nick Mahmood has spent many years with some Native American tribes and his presence reminded me of the great urbicultor Will Allen, perhaps because both men are growing healthy food in “deserts.”

Equally important as spinning the “healthy food wheel”, is to spin the “inner wheel” by spending some time daily to be in receptive silence (this may include meditation, silent contemplation of Nature, or silent prayer). This is a kind of food for the spirit and it can be done by everyone. The two wheels combined are the center of the galaxy of the independence movement of the Earth Community.

What about nonviolence and the respect of our cultural identity?

The North America Free Trade Agreement (NAFTA) has forced people to become migrants and to move towards the North of the American continent. In places like Arizona, the migrants not only shoulder the heavy sun of the desert but also the racial stereotypes which weigh heavily on them. In this part of the Planet where people look for hard work without rights, and yet better paid, than in their hometowns. In this harsh environment is where the new civil rights movement was hatched: the Human Responsibilities Movement–a movement that promotes mutual interdependence, a commitment with each other and with the Earth. In the words of a wise Native American elder who lives in Phoenix said to me: “we are where the spirit of truth lives.”

While Phoenix today is a petropolis–petroleum based city–with a violence/pollution based economy, the people living in it are witnessing a movement called Puente (Bridge): a human responsibilities movement that adheres to the principles of nonviolence, honors diversity at the surface level and unity at the heart level, respects cultural identity, connects all spiritual expressions and makes it possible for communities to come together and share as human beings. I was impressed and moved when someone tried to disrupt a Puente general assembly meeting but then Gandhi, Martin Luther King Jr., César Chávez and Dolores Huerta were invoked not only with words but also with actions. A man stood up and started yelling at an elder and people invited him to leave the room in a very respectful way. It was neither a non-engagement or a direct attack. It was a direct embodiment of nonviolent virtues. Perhaps these are more Great Turning seeds to convert Phoenix and its police into a true city with green jobs and eco-equity: an example of the best of humanity where ethical union of citizens drawn together by mutual aid and shared resources.

What about self-reliance and self-governance?

Disguised as migratory laws and regulations, over 60 anti-immigrant bills have been passed or considered by Arizona politicians in the past few years. Laws like SB1070, 287(g), HB2281 are only a few examples of how oppression reigns in this state, and how dehumanization is the resulting product–together with destroyed families and communities. In spite of these circumstances, some people in Arizona are not waiting for the government of Obama–or any authority–to resolve the inhumane situation. While it is heartbreaking to learn about a teenager who is taking care of her 4 year old, 2 year old and 4 month old siblings because her mom was deported, or to know about the young workers who are afraid to play football (soccer) on Sundays because of “la migra”, it is even more inspiring to see how the resilience of the community is fostering a locally rooted, self-organized effort to become more alive. Some people in Phoenix are coming together in Barrio Defense Committees (Comités de Defensa del Barrio, CDBs); at a CDB meeting, I heard a concerned mother talking about the possibility of creating a network of mothers that will be able to take care of children whose mom/parents might be in risk of arrest; there is an ongoing nonviolent civil disobedience training where people are encouraged to not bring any kind of IDs as a way to be in solidarity with the undocumented people; activists from all walks of life who resonated with the ¡Alto Arizona! campaign came from all over the Planet for the nonviolent direct actions that happened on July 29th, 2010.

What about gift-economy, service and the generous heart?

Everywhere I go, I don’t feel different at all. There is the same Sun, the same air, the same Earth, the same stars, the same women, the same men, the same children, the same hearts… for me, there is no difference when we look beyond the color of our skin. I was given shelter and fed not only with delicious food all the days I spent in Arizona, but also with glorious shining eyes, tender smiles and warm hospitality: from a family who let me stay to take care of their farm to migrants sharing lunch and stories in the hot fields; from police officers to activists; from city council members to people without homes; from farmers to teachers; from anarchists in infoshops to reverends in churches; from students to professors; from native people to undocumented and unafraid people. While working with the Puente Movement, we were grateful that every single day a self-organized team of women who live in the neighborhood cooked for us–the volunteers–rice, beans, salsas, tortillas, quesadillas, fresh water… given not “for free” but offered as a gift.

The gift-economy is one of the oldest ways indeed to simply show love. In the same spirit of love and generosity, I was gifted with 150 copies of America: The Remix while I was there. I gave them as a gift everywhere I went in Arizona and each present has its own story, its own magic, like this one.

From my perspective it is true that in the midst of crises, the human potential and reality is everywhere guiding our collective transformation to finally understand that: the harmony of the Grand Human Family and all life in the Earth Community is intimately linked with the victory of the commons and our collective dignity.